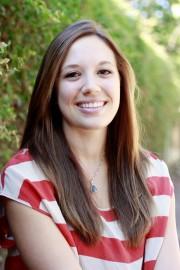 Dana originally started at the Children’s Center in the Fall of 2014. She moved to Oregon for the 2015/2016 school year, but she has been back at the Children’s Center again since Fall 2016. Dana have been working with infants and toddlers since 2005 in various settings including the Child Development Lab at Chico State and the Moss Street Children’s Center at the University of Oregon. She went to college at CSU Chico, earning her BA with honors in Child Development in 2011 and her MA in Education with an emphasis in curriculum and instruction 2013. Dana loves this position in particular because she gets the opportunity to care for and teach infants and toddlers, but  also gets to mentor college students training to work in the field of early childhood. Her other loves are camping, hiking, playing with her dog Hendrix, vacationing with family, and going to the movies.